The places where a masonry contractor can cut corners when repointing

Yesterday, I wrote a post titled, “Dear potential client, please don’t lie to yourself”.
I want to follow that with a minimalist breakdown of the various steps involved in doing a repointing project so it can hopefully be better appreciated where an individual can cut corners when performing this type of work.
The Process
1 — Identify.
The person doing the work has to be able to identify which mortar joints need to be done.
It sounds simple, but you would be surprised how ineptly this can be done.
When I hire a new operator, this is always the first challenge I encounter.
I can’t yet have them apply the mortar itself and if I don’t want them to simply stand around and perform menial tasks such as cleaning up and providing me with the odd tool, then I want to start them with removing the old mortar and prepare the joints.
The problem is they have no idea which joints to take out.
They either leave too many joints that were supposed to be removed or they go overboard and remove joints which didn’t need to be touched; or worse, they do a mixture of both — a scenario of too much over here and not enough over there.
The problem is that they don’t have the mental framework to guide them along. They are confused and therefore they guess.
And I all too often see the same thing in the work of other contractors as well.
Sometimes a contractor insists on removing all the existing joints and do a full pointing job, which I describe as going to the dentist and removing all your teeth instead of simply fixing the cavities. Hey, it has happened to both my parents and many other people, as it was the fad in the 60's where they lived.
When approaching a potential client, there should be a clear determination of exactly what types of joint will get done, for example:
All the joints which are missing, in other words, there’s just a hole left.
All the joints beyond a certain depth.
All the joints which have failed by being clearly separated from the brick, cracked, turning to powder, etc.
Possibly all the joints that don’t match from previous mis-repairs, etc.
Very small holes and cracks are left alone.
Everything else stays as-is.
If I see a long hesitation in an operator when trying to decide whether or not he or she should remove a particular joint, I immediately stop him or her, and find out what they don’t understand.
You can do the same when you interview a contractor.
Ask, “Please look at my wall here and show me exactly which types of joints you propose to remove and which ones you would leave?”
If he or she can’t rattle it off quickly, then you know that individual can’t even accomplish the first step correctly.
If he or she starts to propose doing the whole wall, as in 100 percent, think “fraud”, and stay away. There are very few exceptions to this.
A contractor can cut corners with this step by being vague about what gets done and do much less than is necessary, and the client, not really knowing, will now be able to tell themselves a lie that they got their wall repaired and that they can now not worry about it.
But it’ll be a shit show.
2 — Joint preparation.
This steps consists of carefully removing the mortar that needs to come out without damaging the bricks.
It is easy to cut corners there — literally! — by being over-aggressive with the cutting saw. The result is an artificial joint line which looks very ugly.
When this happens in a substantial way, the house has typically been damaged beyond repair. It gets very difficult, not to mention costly, to subsequently reverse the situation.
3 — Accurately matching the mortar.
This step requires skills, but above all, a willingness to take the time.
My experience with contractors and subcontractors is that they are of the mindset that matching the existing mortar should be done quickly. If it takes for than a few minutes, they’ve wasted time and they need to move on.
It is safe to say that it is not part of their business model.
On the other hand, I have made that feature my business model.
We are called Invisible Tuckpointing Ltd. because we match the existing mortar.
It is for this very reason that, even if a masonry contractor tells you that they match mortar, it is most often lip service, as I would describe it, and I as I've observed it.
There have been instances when I’ve had to work hard to produce a good color match. Like the time I had to make 13 separate sample batches to get the perfect match.
Or the time that I just couldn’t get the color right on a Friday. I returned on the weekend to work it out until I had the right mix ready for Monday.

Or countless others.
Most people aren’t willing to make that kind of investment, and so another corner gets cut.
4 — Matching the joint profile and texture.
Taking the time to reproduce the original joint finish when applying the mortar is also of paramount importance.
What would be the point of having achieved a good mortar mix that matches the original if, when the mason applies it, the texture and the profile of the joint clearly don’t match the original?
This misstep is yet another common way that a mason can cut corners when doing a repointing job, as it is much, much faster to take a rounded steel rod-type of a tool and simply run that along the joint so as to “finish” the joint at blazing speeds.
And so we’re back to the shit show description.
It takes much, much longer to properly “manicure” the joint, as we call it at my company, with an array of tools outside of the conventional "slicker".
5 — Working cleanly and sensitively.
Not damaging the property or the neighbors’ and keeping the site clean during and at the completion of the project takes thoughtfulness and time.
For example, at Invisible Tuckpointing, we make liberal use of tarps to protect, driveways, decks, fences, patio furniture, etc.
We also make liberal use of painter’s tape and plastic to cover window sills, lamps, etc.
More importantly, we take the time to look around and think ahead of time about the environment we’re in so as to protect it, including flowers, garden bed, etc.
We even collect the mortar cutoff from the joint into a dust pan so we minimize the mess we make on the ground, which facilitates our cleanup efforts.
We take the time to co-ordinate with neighbors so we won’t aggravate them, and more.
And we air-blow and rinse everything clean and leave the site immaculate when we depart; and we often do this at the end of each work day, so the owners can enjoy their property in the evening.
But the above requires cleanliness and sensitivity. And it’s easy to cut corners there too.
That’s the gist of it.
If you want more information, take a look at the Industry Standards page on our company website; as well as our Portfolio page which exemplifies some of the criteria I’ve discussed in this post.
Posted by cantin at 9:06 AM No comments:

Having recently done an estimate for a prospect who seemed interested in doing business with me, I followed up a couple of weeks later.
The job was already done by someone else.
I asked whether he would be willing to provide me with some details so I could better understand where I sit in the market currently.
He gracefully obliged. And I'm thankful that he did, even though I will come across as a little harsh if you keep reading.
He told me that although he knew I would do the best job, he went with a cheaper option as it fitted with his current budget better; and should he have owned a Victorian house, he would then definitely have retained my services and not have taken any chances.
I was at $4,350. One quote came in at $1,500 and the other at $1,600.
He had no faith in the $1,500 one and so he went for the $1,600 one.
I asked whether he was happy.
He said he was moderately happy and at least he didn’t have to worry about it anymore.
I asked how long it took the guy to do the job and how many people were on the job.
He said, “Only him, one day, nine hours”.
I said, “Wow, I priced this so we would be two of us for three days. I would obviously have done much more work than he did, and so I’m actually cheaper.”
He was surprised.
I passed by a couple of days later, and what I saw actually made me angry.
I can’t even think with it. 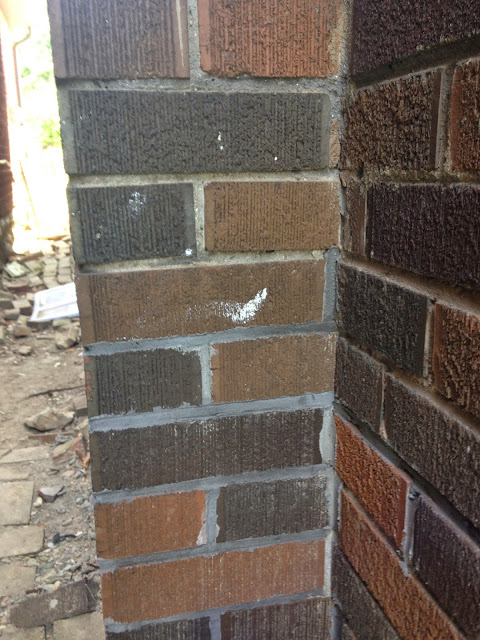 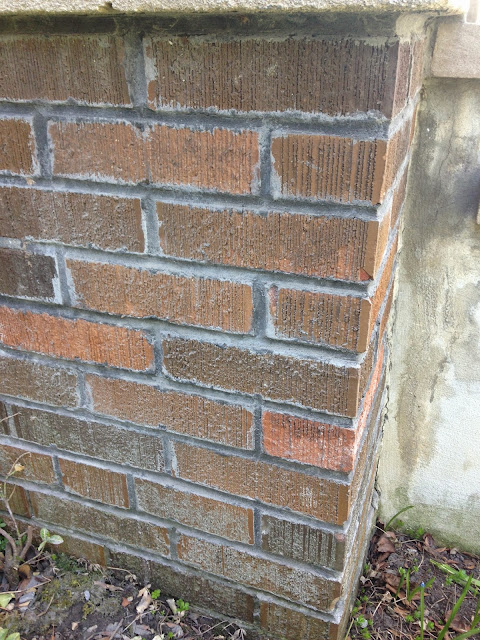 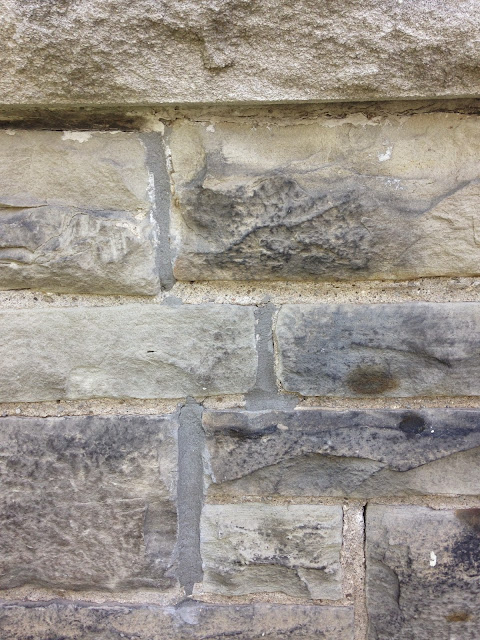 The job is an abortion and all I my instincts were telling me was to remove what had been done as fast as possible and redo it properly.
It was so ugly it disturbed me.
And it disturbed me that the customer was “reasonably happy” with it.
That customer has just burned $1,600.
It’s not a proper outcome.
It’s not a proper product.
It’s wrong.
That customer didn’t take the time to do his research and his due diligence.
The house may not be Victorian, but it is nonetheless getting close to be 100 years old and it deserves better.
That customer has told himself a nice little story about how now the ants can’t crawl in and there are no holes and he can now sleep better and that he’s made the best choice based on his particular financial situation.
Blah blah blah.
Sorry.
It’s a lie.
You’ve just told yourself a nice lie.
There are many areas which have been missed which still need proper attention; for example most or all of the window sills needed to be addressed, but they weren't.
Furthermore the house is now defaced until someone, someday, hopefully reverses the poor workmanship.
If I were more religiously inclined, here is how I would pray:
“Dear God,
In this Information Age,
Please make sure that my prospects use Google.
Please make sure they are not too lazy to do their research and due diligence.
If they don’t want to use me, that’s fine.
But please don’t let them butcher older homes they temporarily own through neglect and poor decisions, as someone else will live in those houses after they’ve eventually moved out of them.
When someone lives in what constitutes a part of our collective heritage, please make sure they contribute to the legacy instead of working against it.
Amen.”
Posted by cantin at 8:54 PM No comments: