This article shows some of the complexities involved in dealing with pure lime mortars. 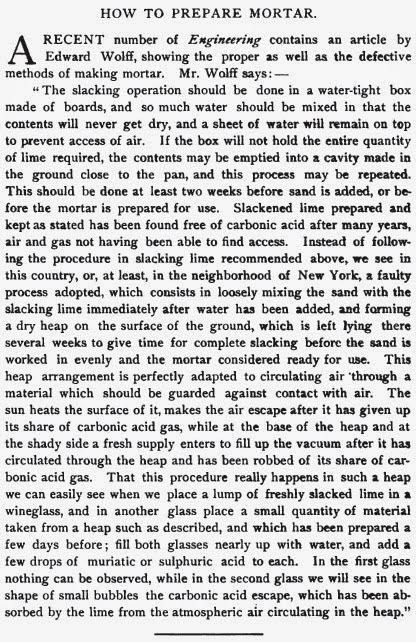 Posted by cantin at 3:19 PM No comments:

Here is a drawing which was originally published in “The Brickbuilder” magazine in the late Victorian era.
I think it imparts that ingenuity and engineering prowess were conspicuously present at a time when power tools were not yet in use.

Posted by cantin at 3:06 PM No comments:

Is it wrong to be using Portland cement in an historic mix?

We tend to hear that it is very important to use a lime-only mortar on old brick homes.
But so many properties get repaired with a masonry cement mix that I’d say the message has definitely not been getting across.
And as the result in these cases is an incongruent mortar repair, the loss of heritage character — in other words, the aesthetics — in my opinion, is an even bigger issue than the potential impairment of the structural integrity.
First of all let’s be clear that masonry cement is not the same thing as Portland cement.
“Portland cement” is a man-made product which is manufactured from limestone and clay and subjected to high temperatures in the firing process which causes it to harden under water and become very dense and hard once set, unlike lime, which remains soft and porous. For our purposes, it is used in addition to lime in a given mix, and not by itself. Sand has to be added. 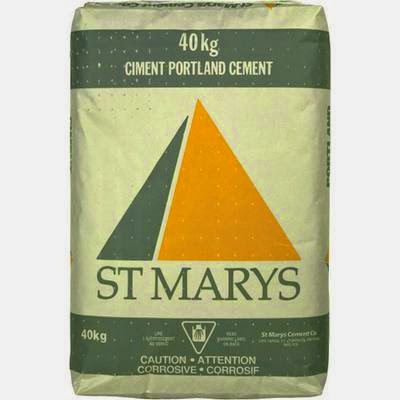 “Masonry cement” is a preblended mortar mix commonly used in modern masonry construction. It contains a large proportion of portland cement, as well as ground limestone and other chemicals to make the mix easier to work with. It is not required to contain lime, and for this very reason seldom does. It is used by itself, with only the addition of sand. This product should not, in my best professional opinion be used on an old structure, typically pre-1940. 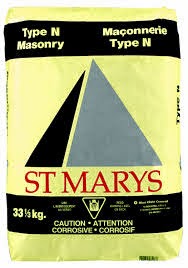 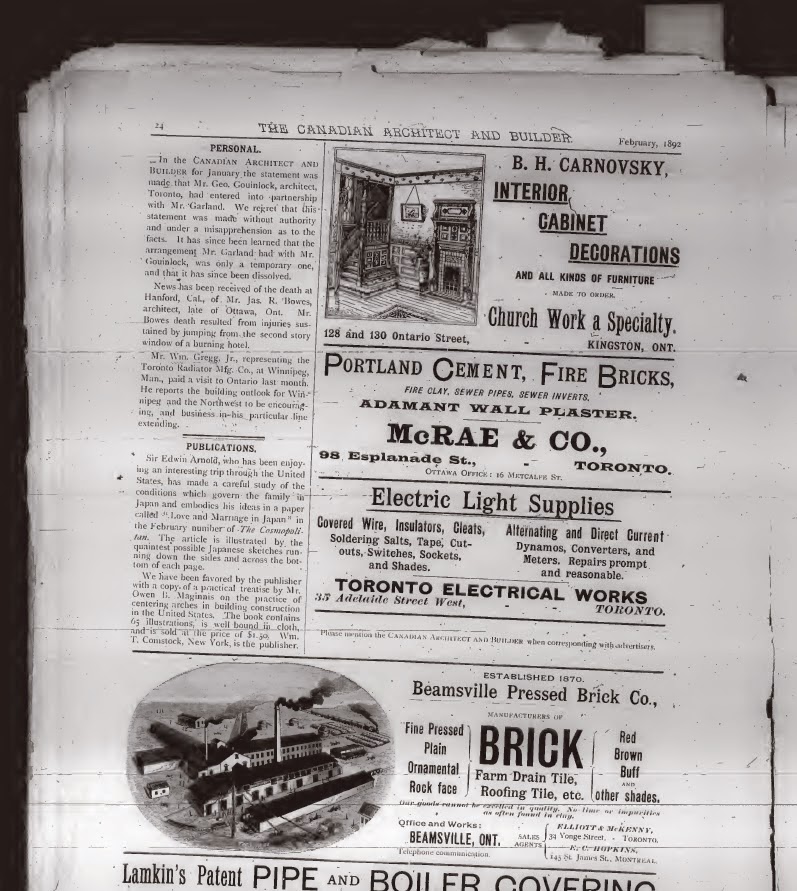 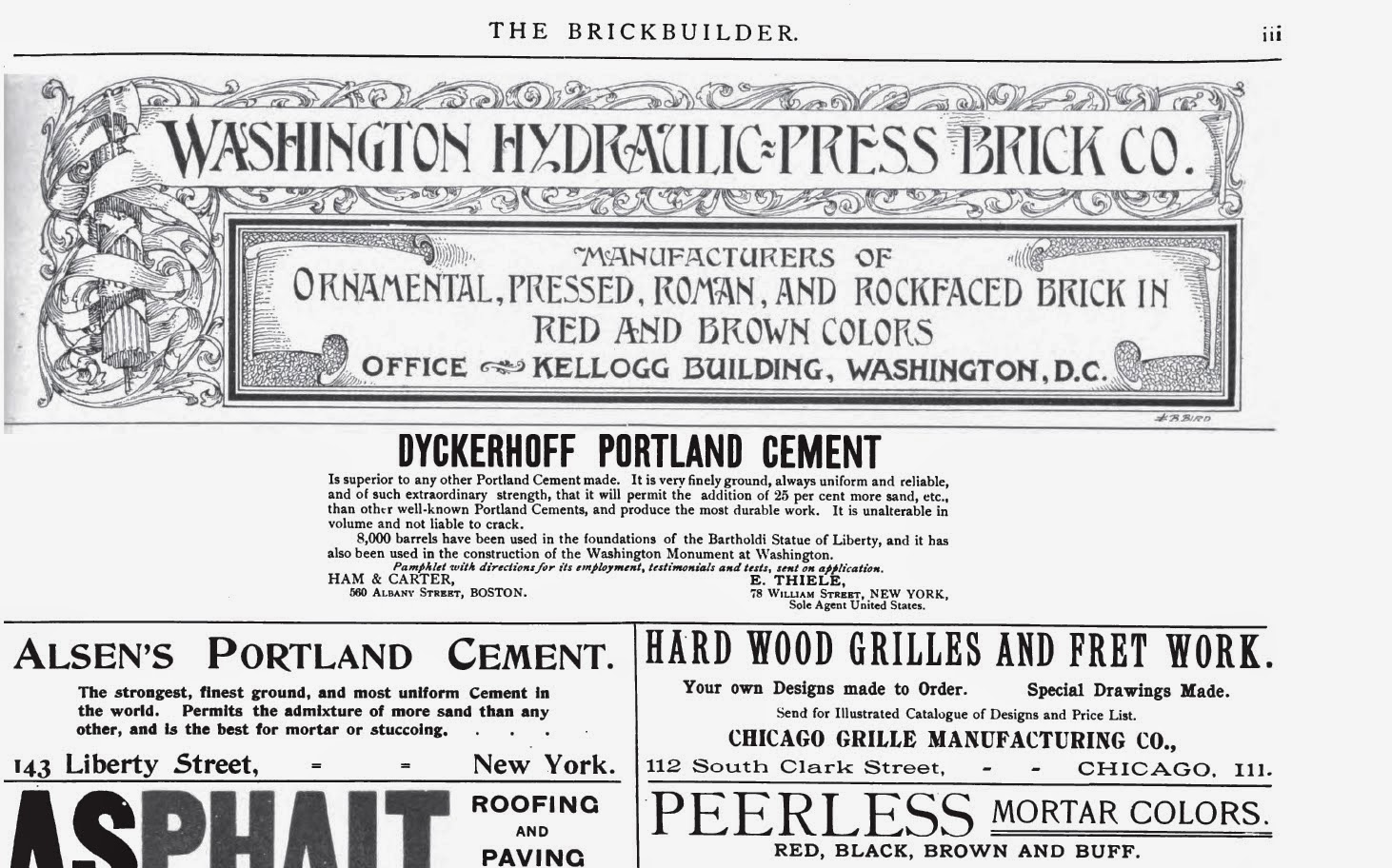 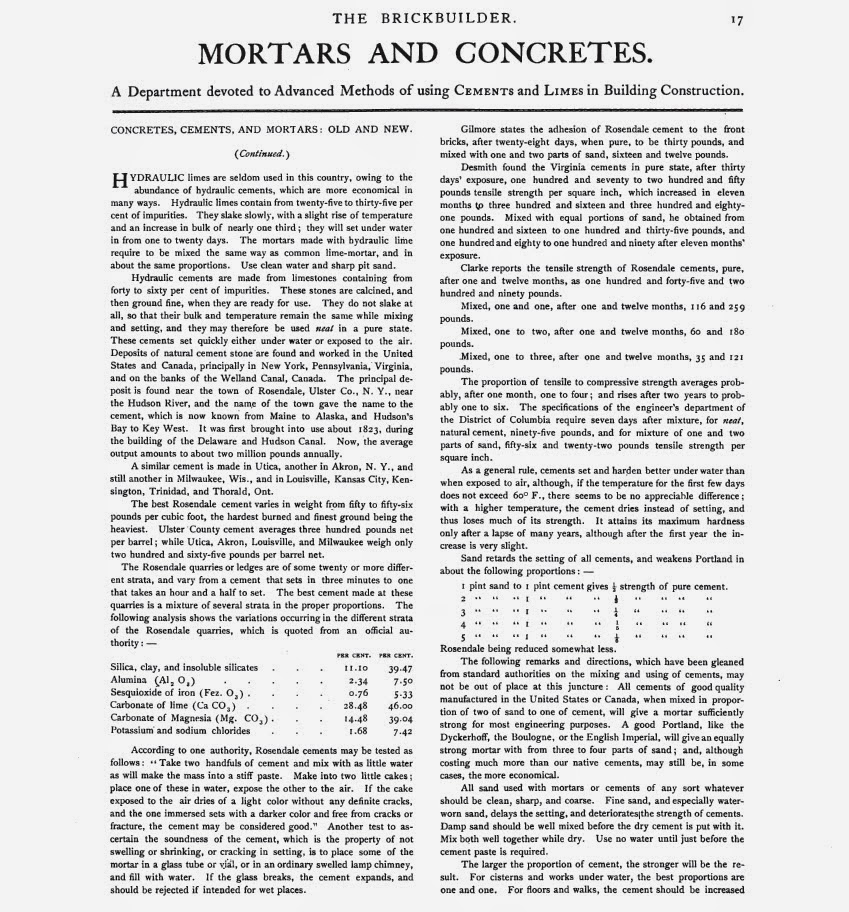 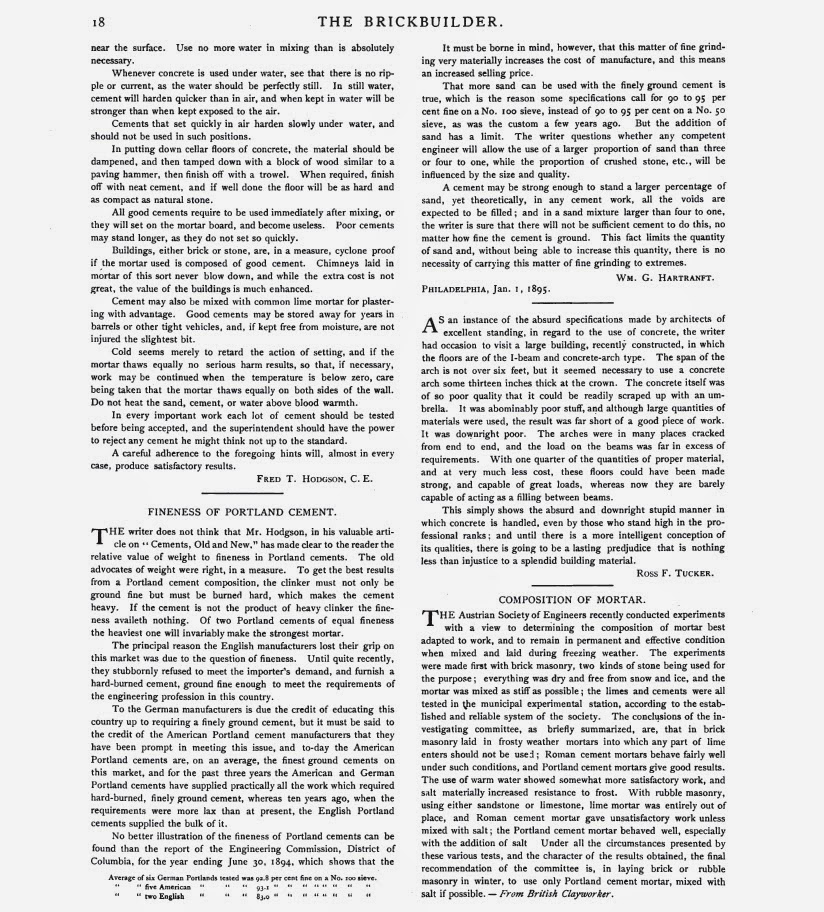 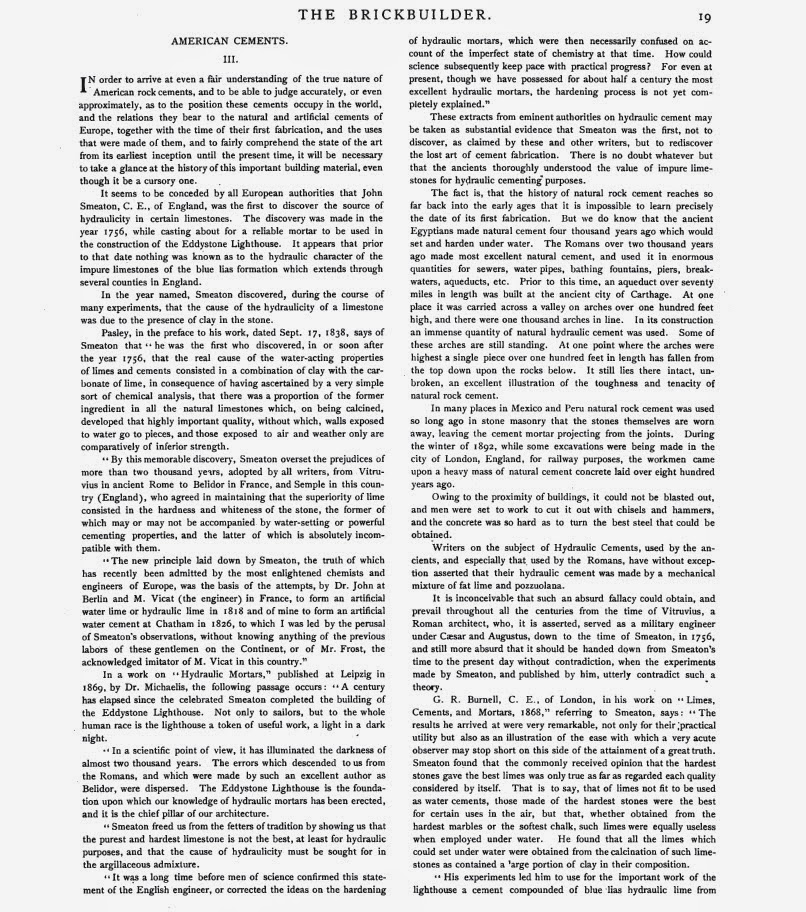 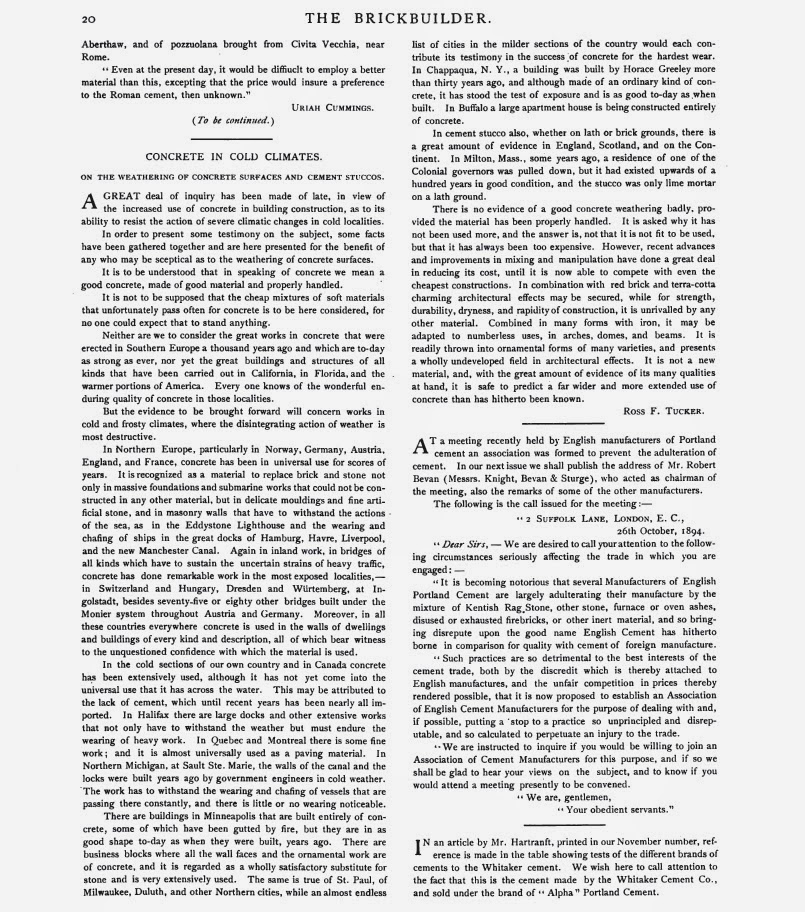 Purism is not for residential heritage masonry

In my opinion, a heritage masonry restoration project should be done in a viable way for the benefit of the structure; but purism is out of reach, unless one has really deep pockets and is being sentimentally inclined.
I’ve once met a man who, having reportedly just spent $920,000 to fix the inside of his house, told me: “When it comes to the outside, I get the restoration boys to do it my way”. And the eventual result was plain awful.
The type of heritage project result that is many notches up the purity scale is usually only done on serious landmark buildings, as it generally costs in the six figures for a building of comparative size to a residential home. And even then, there always seems to be some compromise, one way or the other, in the end.
Over a decade ago, I was pushing to sell such spec in earnest, but *never* had a taker. No one, in the residential arena is willing to push it that far. I’ve actually had several wealthy — two of them prominent — individuals tell me that all they wanted was a reasonable, minimally viable standard, to paraphrase them. And I was told that the money otherwise would rather be donated away to charity before spending it to “that” degree on restoring that particular individual’s house.
Such spec would require an advanced mortar analysis to be conducted in a lab at a cost ranging from $2,000 to $3,500 to get instrumental testing done, such as polarized light/thin-section microscopy, scanning electron microscopy, atomic absorption spectroscopy, X-ray diffraction, differential thermal analysis, and more.
Following that would be an extensive research to source out, from various material libraries across North America, and re-create the exact sand, and precisely determine what the binder needs to consist of and what the additives actually need to be. This step alone is very time-consuming, and therefore expensive.
Here are two pictures of sand samples, obtained in my earlier research.
Each type of sand would have required a minimum investment of $5,000 at the time, to import into Canada, plus storage costs of $200/month. And it still would not have been a perfect match, at least in the majority of the projects.
There is no business model to justify theses exorbitant costs, as there is NO market for it.
In the case of my company, Invisible Tuckpointing Ltd., which performs repointing services (also known as tuck pointing), as well as brickwork / stonework restoration, customers, including Toronto Preservation Services are more than satisfied with a “close enough” approximation as I’m doing by a “mix and match” approach of various locally available sands, based on a simple mortar analysis, generally conducted by crushing a sample taken from of the house and even dissolving it in acid. And everyone I know in the restoration field uses sands exactly as I am using, and mixes and matches them as best as can be done so as to approximate the in situ mortar — if they bother at all. The following picture features one of my matches, wherein some of the mortar is original, and some we’ve replaced. Can you tell them apart?
Furthermore, the lime (calcium hydroxide) would need to be prepared by acquiring quicklime (calcium oxide), a material now classified as hazardous, and slaking it (adding water to the quicklime so as to create an exothermic reaction) by concurrently adding sand along with the water so as to create a “hot mix” which is what would introduce little chunks of of unslaked lime, similar to those most likely found in the existing mortar on your house. This would require a substantial amount of testing and sieving, and retesting so as to achieve just the right ratio of lime chunks. In other words, simply using lime in the form of a bagged, ready-to-use product (even if its benefits as a hydraulic lime are being highly praised) would not be a puristic way to proceed.
And the list goes on, frankly.
Personally, I’m an advocate of aiming for an aesthetically pleasing restoration of vintage brick or stone buildings using compatible materials, with the goal to blend the repairs so well, they become invisible; while making sure the process used will not damage, ruin or deface the original masonry assembly.
The reason why I do masonry, speaking for myself, of course, is to make it into a form of art. At my company, our skillset lays in reversing the unwanted effects of time — or of previously poorly performed repairs — on the masonry building envelopes of older structures.
And while we’re at it, we also aim at creating as-near-perfect-as-possible, glitch-free experiences with our clients so as to have elated customers as a result.
Based on my observations, that approach seems more valuable to consumers than purism pursued for its own sake.
Contact me:
Toronto residents: www.invisibletuckpointing.com
For anyone else: www.brickworkpreservation.com

You are the owner of a period home, perhaps Georgian, Victorian, Edwardian or Pre-WW2. It has been finished on the exterior either in brick or stone — or both.
When you look at its outside walls, it’s obvious something needs to be done.
But what is your ultimate objective?
In a utopian kind of a way, perhaps you should be saying “I want to restore it to its original condition”.
But there is a lot that would involve, financially and otherwise.
It’s one thing when the government is entirely subsidizing a project, and the individuals making the final decision feel a fiduciary responsibility to ensure the work will last several generations; but it’s another matter entirely when the adjudication has to filter through the many priorities we’re all personally facing.
So what ends up all-too-often happening is that the lowest price is opted for.
But that can create problems, as a beautiful period dwelling, which was simply is need of maintenance, can become defaced (see picture); the cost being the lost of its vintage character — a plight that’ll be passed along to all future owners of that property, I might add.
For this very reason, there are homeowners who want to avoid such disasters and proceed more carefully, seeking out contractors who specialize in historic masonry. And these companies will tend to propose the longer term options, being what seems logical to them based on their experience and education.
The right balance, in my opinion is to offer what I call a “minimum viable standard” in the residential market.
This constitutes a recommendation to only deviate from the ultimate standard in ways which will potentially not make the repair last as long, but ensuring that whatever is done will not cause damage to the historic fabric, or ruin its aesthetic qualities.
Furthermore, there is also the question of intrusion. Wrapping up the entire house in scaffolding for an entire summer, while removing thousands of bricks and all the mortar joints of the structure, generates noise and a ton of dust. It tends to ruins landscaping and other valuables. It might necessitate re-painting most wood trims. You and your neighbors can’t leave windows open during that time. It clogs up the A/C system unless the latter is sealed and therefore unusable for a period of time.
In other word, there will be intrusion to a lesser or larger degree, and minimizing it can go a long way to improve your peace of mind as well as maintaining harmonious relations with your neighbors.
This may not be something you personally care about, but I have found it to matter very much to most of my clients.
This is why, we personally put a lot of emphasis, at Invisible Tuckpointing Ltd., my Toronto-based company, on keeping the job site as immaculate as possible during the project and upon its completion.
So ‘the big question’ might be posed as “How can I get performed what needs to be done affordably, yet properly, but without going overboard, while minimizing disruption for our family as well as our neighbors?”
Contact me:
Toronto residents: www.invisibletuckpointing.com
For anyone else: www.brickworkpreservation.com
Posted by cantin at 12:43 PM No comments: