Making some distinctions about our pricing understood

The following day, as she came out with her checkbook, she mentioned that her husband felt they were overpaying, and as the work had taken less time than they had thought it would / should, she was asking for a 10 % discount — not unreasonable by any stretch of the imagination, and she was kindly asking, but definitely not what I had bargained for.

I must admit, I never get upset with customers -- not even the only one who has ever screwed me -- but I did initially get angry. I felt it was unfair to re-negotiate after the job was complete; and so beautifully done to boot. My personal contention was I had never twisted their arm. She had insisted we be doing their work; and as long as the result was as artful as all our other work is, we deserved to get paid what had been agreed beforehand..

She remained remarkably composed and polite, but kept shaking her head slowly while looking at me as though she really needed this concession. I offered to charge her nothing -- not a penny -- as long as she’d let me take out all the mortar joints that we had put in so she could find someone cheaper to fill them back in (good luck on getting it matched, however). She didn’t want that. I pointed out toward the second neighbour’s house where some unsettling pitch black repointing had been performed and contrasted sharply with the original mortar. I asked her whether she would honestly have preferred to pay someone else half my price to get that result. She said would not have wanted that. She mentioned that what happened was they had no idea about what was involved about this type of work and, although they were perfectly happy with the work, they simply felt it had not taken enough hours for the money charged.
So, having learned better about keeping harmonious relationships with clients than to make a big fuss about something, I calmed down and told her I accepted her offer in order to take my share of responsibility for how she and her husband felt about my pricing, and for not having seen this train coming. I was still less than pleased about the situation, but I went along with it. She wrote the cheque, thanked me profusely for having obliged her and we talked some more, rather cheerfully actually. It was during that last bit that it dawned on me what had really happened, and I put forth to her that perhaps she had been the one to insist on getting the work done while her husband had not really wanted to go ahead, and now maybe — just maybe, she had put herself between a rock and a hard place, having to pay heed to her husband’s sentiments that surfaced when our price-to-hours ratio became evident. She replied that I had nailed the dynamic "on the head". Knowing this made me feel okay about having to part with the 10%, but I'm resolved to make sure it never happens again.
I often tell prospective clients that essentially the only “downfall” with me is the price, (which usually yields a laugh or two). I then clarify my statement by promptly adding that nothing else will go wrong.

“You do get what you pay for” is often an accurate statement....

I will also say that my price may seem high, but only compared to the companies I find myself in competition with in the residential market. I don't think personally it is high at all. In fact, the very premise of this blog is that it aims to suggest to residential home owners that they can avail themselves of institutional, historical landmark level, heritage work at a reasonable price, hence this blog's subtitle, "A refreshing perspective for residential owners of historic brick / stone homes -- when you're the one footing the bill, not the government." Go to the Canadian Association of Heritage Professionals' website and locate the firms who have worked on Old City Hall, the Ontario Legislative Building, Casa Loma and Parliament Hill, amongst others, and ask for an estimate! That would certainly offer another way to look at things.
Everything is relative and keep in mind, I live in a world in which clients will gladly spend $40,000 on a trendy fridge and a fancy French oven, but would consider it heresy to spend that much on the exterior of their home, save for windows and landscaping. That is just the sad reality of it, I'm afraid.

In this same world WSIB, since 2013, wants up to $10,000 yearly to insure small masonry business owners on a compulsory basis, whereas in the past, only one’s employees had to be covered through them; and a $175 monthly independent insurance policy would be all that was required for the principals of the company. And we all know what the implications of income tax are.
In short, in addition to be performing the work myself with my business and life partner, I also have developed an intellectual property related to our work which I do license to others outside of Central Ontario, and which I feel I deserve to get paid for, whether I'm doing the work myself, or someone else is "upping their game" by using my system. I’m also a musician and science-fiction writer, but I don’t realistically expect to ever get remunerated for those endeavors. The masonry work is a creativity outlet I very much enjoy, but it is also the one I can and do monetize.
If you value the work we do and want to avail yourself of it, I ask that you please make absolutely sure that you are comfortable with the price we command, and focus solely as your yardstick on whether we succeed in blowing you way with the result.
And we shall give you our 110%.
Posted by cantin at 9:38 PM No comments:

I entered the masonry industry while I was still the owner of a roofing company. I couldn’t believe how ugly the majority of repointing projects getting done around Toronto at the time were.
At times, the work wasn’t too badly done, but the repair was still “visible”.
I made an effort from the onset to produce nicer-looking work than most of what I was observing being done.
I heard it being said one day that a percentage of customers wished that tuckpointing work could somehow be blended so well that it would in fact become “invisible”. That set off a light bulb to ignite in my head and I knew right then and there that I could be the one who would figure it out. That took some doing, obviously, but I got there and so Invisible Tuckpointing Ltd. became the one company that could and can be counted upon to deliver a real match every single time.
Promising that the replacement mortar would match the original to the point of customer elation was most always adding pressure to my life, but it kept me on my toes and forced me to continually challenge myself.
Came a point, though, when the endeavor crossed over into the field of the arts and the objective became to produce a result so harmonious that it could be considered a form of artistic expression, much like a musical composition, a play, a novel, etc. would.
This year so far has been particularly artful. I’ve just finished my third facade restoration of the season and I feel as though I’ve just completed three highly satisfactory (to me) paintings.
I love the creativity element of this line of work. 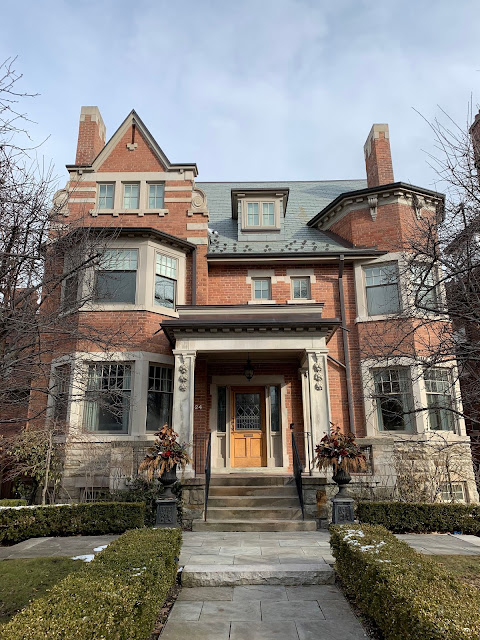 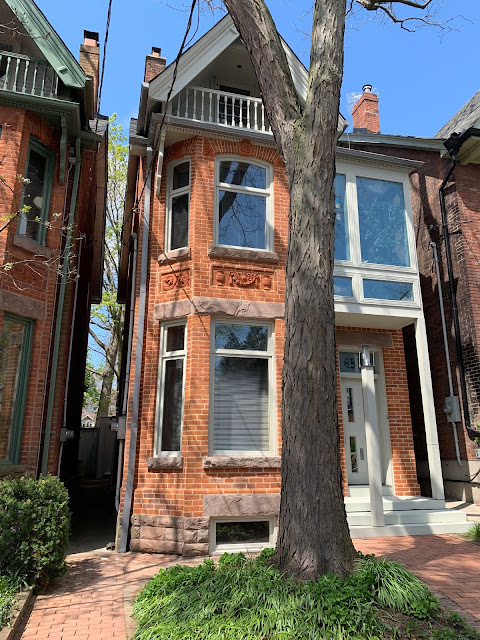 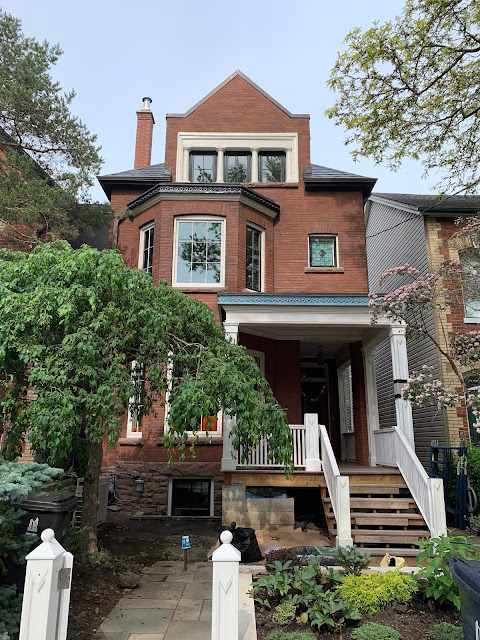 Posted by cantin at 6:37 PM No comments: